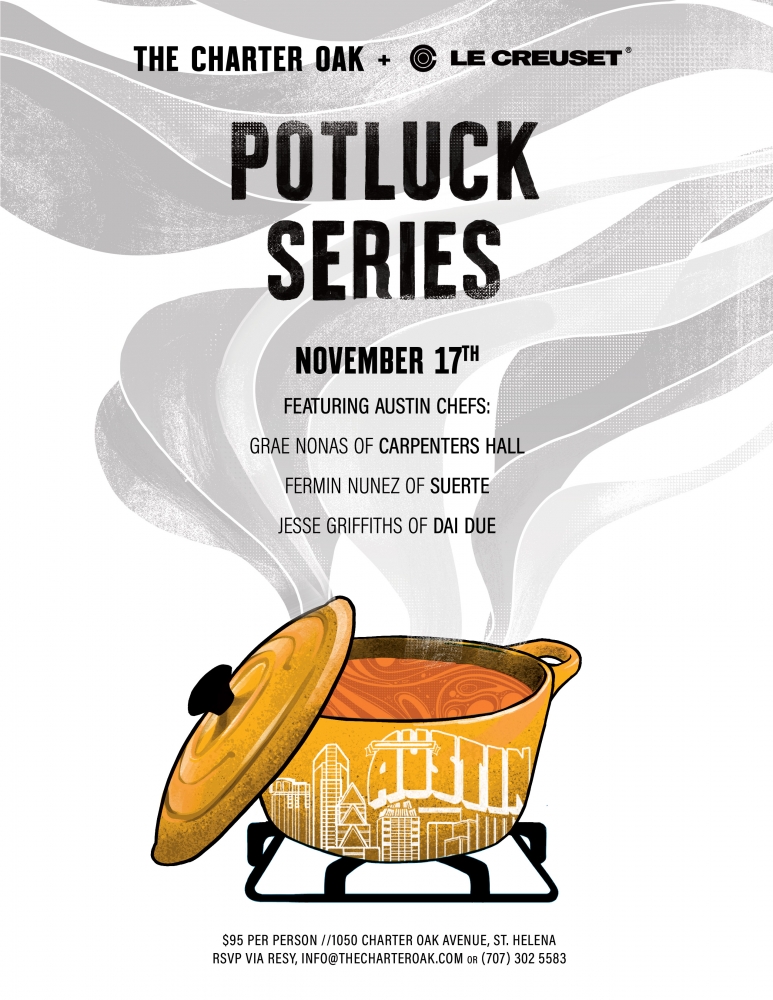 Thank you for joining us at The Charter Oak as we welcomed guest chefs from Austin, Texas for a celebratory dinner in partnership with Le Creuset. This collaborative dinner benefited St. Helena Preschool For All, Inc., a local non-profit providing scholarships to 3 and 4 year-olds in need.

Fermin Nunez of Suerte: Chef Fermin Nunez and the culinary team at Suerte utilize local ingredients and thoughtful cooking techniques to highlight the flavors of Mexico. Suerte has garnered accolades including Food & Wine Magazine's "Best New Restaurant of 2019" and rave reviews by The New York Times and Wall Street Journal.

Jesse Griffiths of Dai Due: Chef Jesse Griffiths embodies the forefront of the hunting-cooking movement. Griffiths focuses on traditional and sustainable approaches to food including locally sourced produce, meat, and dairy. He has been nominated as Food & Wine Magazine's "The People's Best New Chef" in 2011 and his restaurant has been named a "Best New Restaurant" by Bon Appetit Magazine.